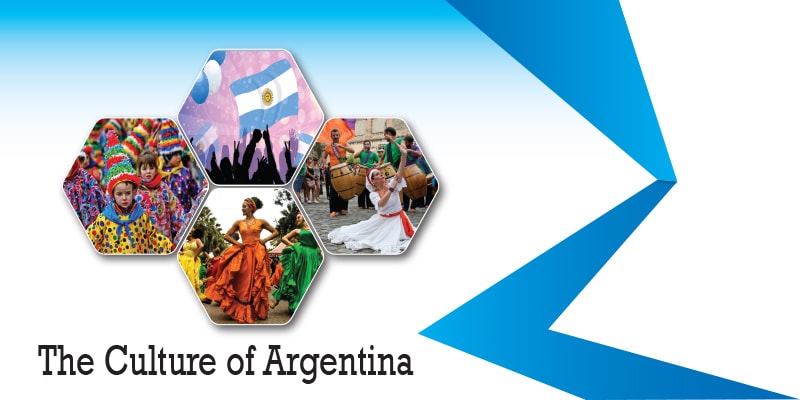 The Argentine Republic, popularly called Argentina, is a country located in the southern end of South America. Currently Argentina is known for being the birth place of football legend, Lionel Messi. However, we assure you, that Argentina is MUCH more than just football. Filled with a rich cultural heritage and unique traditions, Argentina is a magically cultural place for anyone to visit.

If you’ve ever dreamed of visiting Argentina you should know about the culture of Argentina. Because it helps you to travel there.

Before we begin to describe Argentinian culture, it would be best to delve into the history of the country. Argentina as a country was formed in 1861 after a civil war for independence. After a long period of economic and political instability, Argentina emerged anew to have one of the highest ranks in the South American Human Development Index. Moreover, as a nation, Argentina was a founding member of the United Nations, giving it access to the ranks of the major economic alliances such as the G-20 and G-15.

As of today, Argentina is a very popular tourist hotspot for its scenic environment and its capital city Buenos Aires. The population of Argentina is mainly made out of immigrant ethnic groups, resulting in a diverse and multiracial population. The majority of Argentines are of European descent- mainly Italian and Spanish. However, there are other major ethnic groups as well, such as Syrian and Lebanese descended groups. There is also a small East Asian population present as well, of Japanese and Korean descent.

The national language of Argentina is Spanish and also serves as the official language of the country. Other common languages used here are Italian, German, French and English.

Food in Argentina – The Culture of Argentina

The cuisine in Argentina is very popular across the globe, this could be due to the mixing of cultures that creates a new and unique flavor. Argentinian food has strong Mediterranean roots and focuses on spices to bring out and enhance the flavor of foods.  As such, below are the top five foods we recommend for you to try on your visit to Argentina.

If you are in possession of a sweet tooth, Dulce de leche is probably familiar to you. As a popular ingredient in desserts, Dulce de leche has its origins in Argentina. This sweet treat is milk that is sweetened and heated until it has formed a sticky caramel liquid.

A traditional dish in Argentina, Locro is a heavy stew made from corn, potatoes and beans and is accompanied with a meat of choice. Locro is often enjoyed during the festival times.

Any cheese lovers here? Because Provoleta is essentially just cheese. Gooey, delicious and crisp on the outside grilled cheese. Usually Provoleta is served as an appetizer before a main meal.

Similar to a tamale, this dish is a mix of creamed corn, cheese, onion and various spices mixed and boiled within a corn husk.

Places to visit – The Culture of Argentina

Now that we’ve covered what to eat during your trip to Argentina, here are list of places where you can eat while you immerse yourselves in the sights!

A city known for its gorgeous wintery cold beaches; Puerto Madryn is perfect for long walks. Moreover, if you wish to see whales, Puerto Madryn has whale watching tours for visitors to enjoy.

Known for its skiing resorts as well as quaint chocolate shops, Bariloche is a small village bursting with vivid colours and sights.

What would a trip to Argentina be without visiting its capital city? Buenos Aires is renown for its unique architecture and wonderful cuisine!

Read Also: How to obtain a tourist Visa to Brazil?