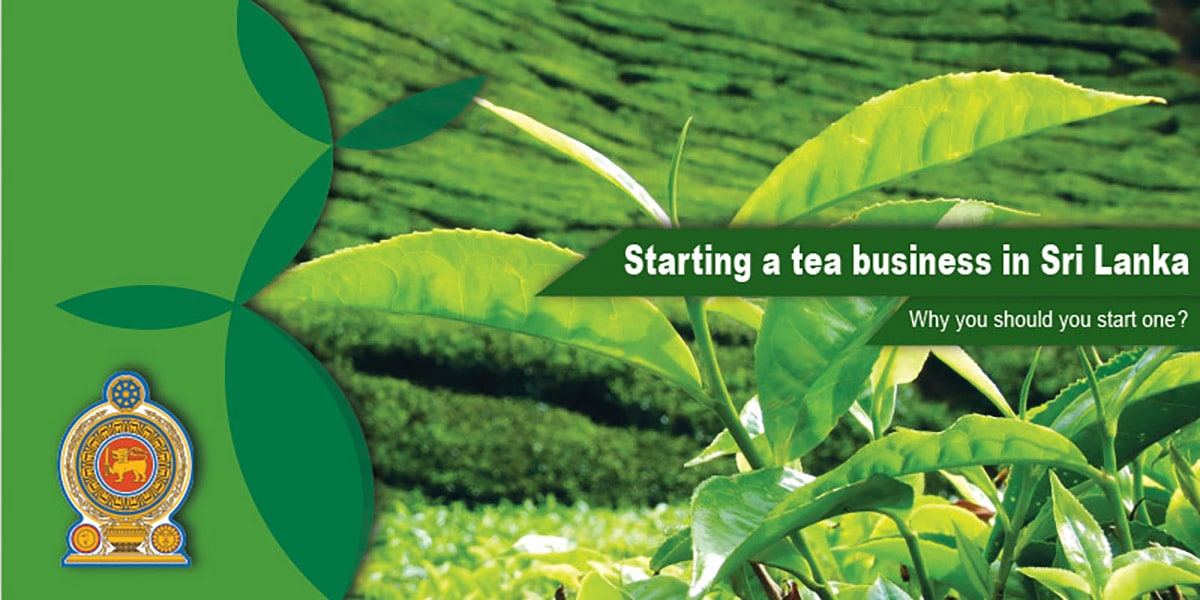 Tea Vs. Coffee- the age-old debate has often been a point of contention between several groups of people. But did you know that aside from water, tea is the most widely consumed liquid in the world?

The tea grown in Sri Lanka is the traditional Camellia Sinensis, or commonly known as the tea plant. It produces black tea, oolong tea, green tea and white tea. This depends on the level of oxidization used during the production process.

Before delving into the intricacies of the business, it is best to look at the history of tea in the country.

History of tea in Sri Lanka

Sri Lanka is currently the world’s fourth largest producer of tea. Before it was an industry, the tea plantation dated back to 1824, when a tea bush was smuggled in and planted on Sri Lankan soil. Then for the next several decades, the growth of the plantation was in its experimental stages until the industry began.

Finally, in 1873, the very first shipment of tea was exported from Sri Lanka. Now, more than two centuries later, the country has more than one million employees in the tea industry alone. In 2002, due to the overwhelming popularity of the business, The Tea Association of Sri Lanka was formed.

Geographically, the biggest tea plantations can be found in Nuwara Eliya, which is located in the Central Province of Sri Lanka.

So, when it comes down to it, should you set up a tea business in Sri Lanka? Below are a list of advantages and disadvantages for you to compare. By weighing in the pros and cons, you will ultimately be bale to come to your own solution.

Advantages and Disadvantages of starting a tea business in Sri Lanka

Sri Lanka has some of the world’s most renown tea plantations. As a result, accessing the raw materials in order to supply your tea business can be very easy. In addition, as you will not have to pay customs tax to import the products, it will be cheaper as well. In addition to this, you can personally source the raw materials for your products.

As tea is one of the most lucrative businesses in the country, much supporting infrastructure has been built to accommodate its demand. As such, as a potential owner of a tea business, you will have easy access to machinery needed for the production process of tea leaves.

Sri Lankan tea is a globally recognized product. As such, when launching your product, you will already have a ready consumer base.

High demand, both domestically and internationally

Tea is one of the most widely consumed beverages in the world. Therefore, there is always a demand for your product both domestically and internationally.  With the rise in popularity of bubble tea with younger consumers, the f&b industry has also shown a rise in their demand for tea products.

The market for tea and tea products in Sri Lanka can be seen as saturated. This is due to the overwhelming amount of businesses who release their own line of products with regards to tea. Thus, it may be difficult for your product to stand out.

The tea industry in Sri Lanka is largely dominated by big name brands. As such, breaking through the market in order for your brand to shine may be difficult in the beginning. This is especially so because several of these brands are classified as household favorites. Thus, competing with these brands may not be easy for your product.

To use the brand of Ceylon Tea an application is necessary

Owned by the Sri Lanka Tea Board, the Lion Logo acts as a certificate of quality for Sri Lankan tea products. However, applying for use of this brand is akin to franchising. However, brands without the certification are seen as of lower quality. To attain this certification, the product has to abide by specific quality controls. And only certain types of tea products can use this logo.

In conclusion, entering the tea business in Sri Lanka is overall a lucrative idea despite a few setbacks. This especially because it is one of the oldest industries in the country.

Here is another article about Sri Lankan tea business

How to start a leather business in Sri Lanka?

How to start a hotel business in Sri Lanka?

How to start an export business in Sri Lanka as a foreigner?