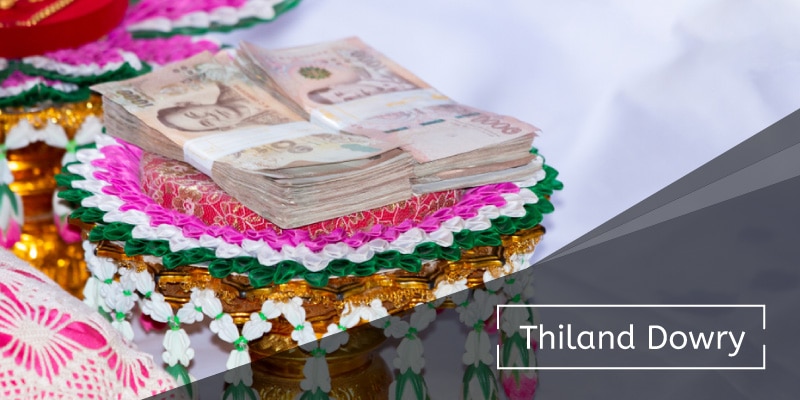 Marriage is a life changing moment where a person is ready to enter a new phase of life. In some countries dowry is main part of the wedding system. Thailand as a unique traditional way of conducting wedding and dowry is an important system of conducting a wedding procedure.

This system as been there for a long time. It is where the dowry is given to the bride’s family as a gratitude for bringing up the daughter well and being thankful for giving their daughter to them. The dowry system in Thailand is mandatory. The wedding ceremony in Thailand shows the financial status.

The dowry system of Thailand is called as “Sin Sod”. It is the custom of the groom to give dowry for the bride’s family meaning that they are financially capable of taking care of their daughter and are also thankful for bringing up a good daughter. The price of the dowry differs depending on the bride’s status, education, family and occupation. If the girl is well educated, coming from a middle-class family and plus still being a virgin, then the demand of the dowry increases.

The maximum dowry given to a bride’s family is around THB 100,000-300,000. This system depends basically on the family compared to both individuals. This culture is seamlessly very shocking to Americans and other western countries since they do not have these kinds of system. When a foreigner plans on marrying a Thai girl they drastically increase the demanded price for a bride around THB 1 crores.

Marriage experience in Thailand is one of the best enjoyable experience in the country whether it is to watch or get married. It is a moment of enjoying its unique culture and tradition. But to a person who is getting married in Thailand must keep in mind about the family background and system of the Thai wedding.

It is always better to consult with a recommended Thai law firm who can guide a person regarding the marriage system in Thailand. If you want to give enough priority financially to the family, then need to check business opportunities in Thailand to start own business. They can also apply for the Prenuptial Agreement so that it can secure the assets for the union with their Thai partner.

Who gives the dowry in Thailand?

It is the groom who gives dowry to the bride’s family.

What is the maximum dowry amount given in Thailand?

Is this dowry system still happening these days?

Yes, this system is still part of the Thailand wedding system and tradition.