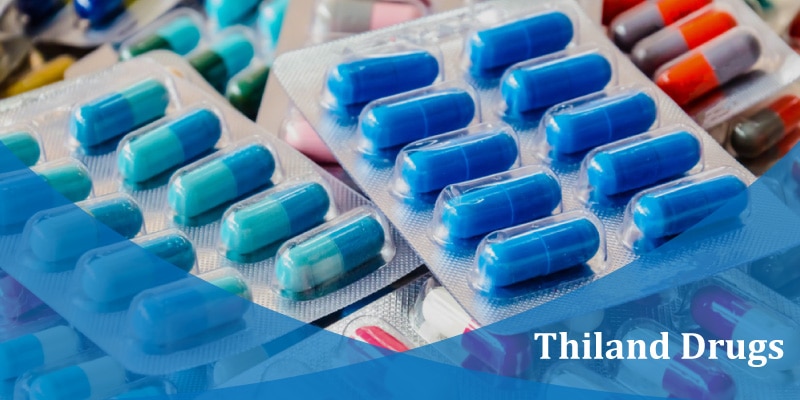 In Thailand, just like most other countries, the drugs here are not legal. There is also a death sentence applied in the Thailand drug law that people who carry’s drugs will be sentenced to death. But these sentences are not very much applied to western people. Thailand is considered to be the best destination for a holiday or leisure trip which is true. Thailand is the best country to relax and have great part funs. But it can also be dangerous which will end up not going back to your own place.

Thailand apart from its tourist destination is also known for its illegal drug system. In Thailand, there are lot of travelers who are arrested and are sentenced to jail for a longer period of time. A person is charged depending on the drugs they are taking. Travelers should be aware when they are coming into the country.

In Thailand approximately there are 50 groups are indulged in the crime of drugs. They also have tradings with Myanmar and Laos. The dealing between the three countries is called “Golden Triangle”. There are various types of drugs available in Thailand, some of them are cocaine, heroin, marijuana, and hallucinogenic mushrooms. In Thailand, even in pharmacies, drugs are provided but they sell the prescribed ones. Under the narcotics act, illegal activities are classified as narcotics or psychotropic.

These drugs are famously supplied in Thailand where they can affect your physical and mental capability where at a point you won’t be knowing what you’re doing. Marijuana grows in Southeast Asia therefore it is easy for travelers to use those drugs which were available at a cheaper rate in Thailand.

At least there will be a group in a common public place or city that uses drugs and other relative products. The locals and travelers are advised to avoid these types of places and especially not wandering around near those group of people.

As for the foreigners when they walk in the local streets of Thailand, the local police promptly call them and ask them to empty their pockets and are asked to show them their ID cards and other proof documents. It is idle for the foreigners to have their ID card, passport, and driving license copy so that they would not be insistent for further checking by the local police. But once when a foreigner is highly suspected then they are immediately taken to the police station to check their blood that whether the person as in dozed drugs or not. If it is not the case, they are free to go but if it is, then they are instantly locked up in jail and are sentenced to years in prison.

Some of the places where tourist must avoid or be careful are as follows:

If you are arrested by the police officer some bribe can also help. But in most cases, the policemen do take the money and also, they arrest them. So, it is best for you to not give any bribe in case you’re arrested since you will be locked up in jail even though you give them the money to let you go.

The following are the personal documents and medical records if they are bringing in some medicines inside the country, which should be provided are as follows:

Though in Thailand drugs are considered to be illegal the laws are not very much strict with the drug activities. Though there are rules and regulations and time to time arrest happening nearly every day still there is no stopping in the activities of drugs in the country.

Following are the drug categories where if a person uses any of the following drugs, they will either be arrested or sentenced to jail. The punishment depends on the category which a person in duces drugs, the following uses are:

There are various type of fine payment and prison custody depending on the drug taken. The minimum imprisonment is 1-month with the fee payment of THB 2,000 for consumption. Whereas, the maximum punishment is 5-20 years of jail with the payment of THB 100,000-400,000 for import and export trades and sales.

Thailand is a good and considerable place to have a relaxing time. But a traveler should also be extra conscious and travel during their period of stay in Thailand. Though in Thailand drug is an illegal activity the law is still cut loose in these activities. Life in Thailand can be considered too much fun such as night clubs, full moon parties, extra. You need to know how to open a bank account in Thailand. But still, there are penalties to be faced when there are entry and activities in drugs. So, therefore the best solution is to avoid such activities and places while roaming in Thailand.

Are drugs not legal in Thailand?

Yes, they are illegal in Thailand

Are there any exemptions for travelers, if they are interested?

There is no separate law for locals and travelers when it come to the intake of drugs. The punishment entirely depends on the type of drug and not the person.

Which type of drug as maximum punishment?

Which type of drug as minimum punishment?

Drugs which are not narcotics like marijuana and kratom

Do the foreigners get too much involvement in drugs?

There are actually lot of travelers who get arrested because of the drug usage and the group they get into during their visit in Thailand.

Is Thailand a safe place to travel?

As long as you are legally travelling and very careful without getting tempted or distracted, then Thailand will be a good experience to travel.