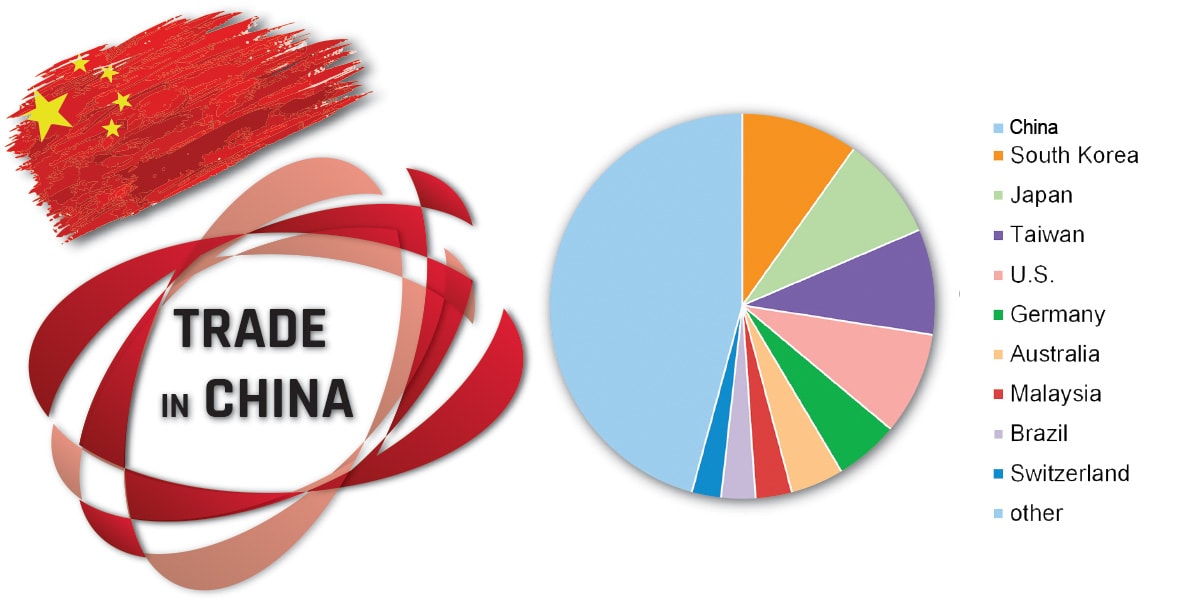 From the year 1995 China trade has been active globally. China’s trade plays a significant role in the global trade system. Most of the products used around the world are Chinese products. Chinese products are used every day in every household. They are known to do business for products which are useful for everyday use and they are also known to sell cheap. The total of China Trade comes around $280.9 billion which is 3% of global trade. Later the trade increased up to $4.1 trillion which is 12.4 percent of global trade.

The figure shows that the figure of China exports is much higher than the imports in China. Total Exports is $2.26 trillion and the Total Imports is $1.84 trillion. In the global trading system, China has a lot of connections with other countries and they also provide services to other countries. But the country which they have a close connection is the USA. As seen in chart USA is secured in the global ranking and thus, the 2 countries have a close relationship.

China Export is the largest export in the whole world. It is ranked 33rd has the most complex economy in the world. Globally China products are known to be part of the trading business among most of the other country products. China Exports have several products to contribute to the world. The demand of their products is continuously increasing due to which they have increase in their product value.

China Exports produce good products where people all around the world uses their products. But their services are not very well known globally. As per the recent data, China Exports are shown as the top export function and there are several countries who prefer to trade from China.

In a recent report, the turnover of China Export is $2.41T which shows positive results in the trade. The GDP of China is $12.2T and the GDP per capita is $16.8k. These numbers are an outline sketch of the Chinese Export.

China is the 2nd largest Importer in the world. For the past 5 years, the rate of China Import has been continuously increasing. The annual increase rate of China is 1.3% and the trade as per the recent record is around $1.54T which results in a positive trade balance of $873B.

Read full article about products to import from China

Entrepreneurs in China – Secret Behind the Success

Business in China – The Source of National Growth in 2020