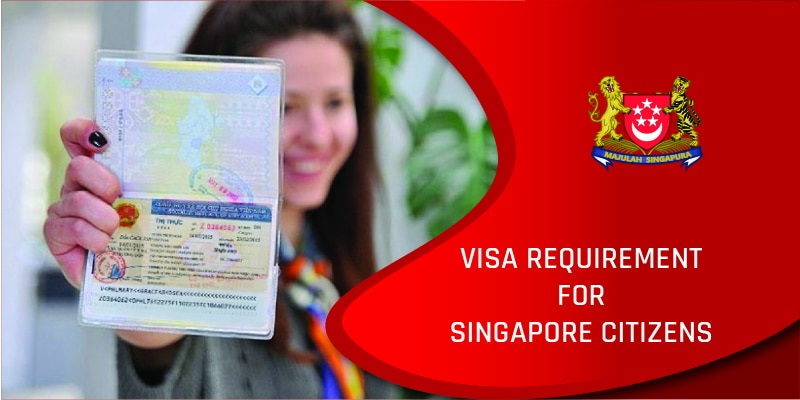 The visa requirements for Singaporean citizens are restricted to administrative wise. The authorities of other stated is imposed to the citizens of the country. On 28the September 2019, the citizens of Singapore received visa free or access for visa arrival for 190 countries. Singapore’s passport ranks number 1 compared to all the other countries in the world.  Along with the Singaporean passport, Japanese passport is also ranked top in the world according to Hanley Passport Index.

The other fact is that the visa free access is provided to all nations under ASEAN (Association of Southeast Asian Nations). The Singaporean passport is 1 among the 4 passports which are allowed to enter in visa-free entry or in entry via an electronic travel authorisation which is the world’s largest economies, the other 3 countries along with Singapore are Brunie, Japan and San Marino.

The visa requirements for Singaporean citizens has been lifted up by

In August 2017 the Singapore citizens are eligible for electronic visas for validity for 8 days for Primorye, Kamchatka and Sakhalin regions of the Far East in Russia, for tourism and humanitarian purposes. In January 2018, Australia introduced new 6-year visa for Singaporean citizens.

The visitor visa which is subclass 600 where Singaporean citizens are allowed to visit Australia for up to 3 months at a time within 6-year period on a single application from 12 months under the pre-existing Electronic Travel Authority (ETA). In September 2019, Saudi Arabia made in Singaporean citizens eligible for either an e-Visa or visa on arrival as part of its plan to diversify the economy by developing its tourist industry.

Holder of APEC Business Travel Card (ABTC) who travels on business do not require a visa for the following countries;

The card is used as conjunction with a passport for the following advantages;

Singapore citizens are eligible for the immigration clearance which is automated. The following selected countries which can be automated are as follows;

Read Also: How to start a business in Singapore with no capital