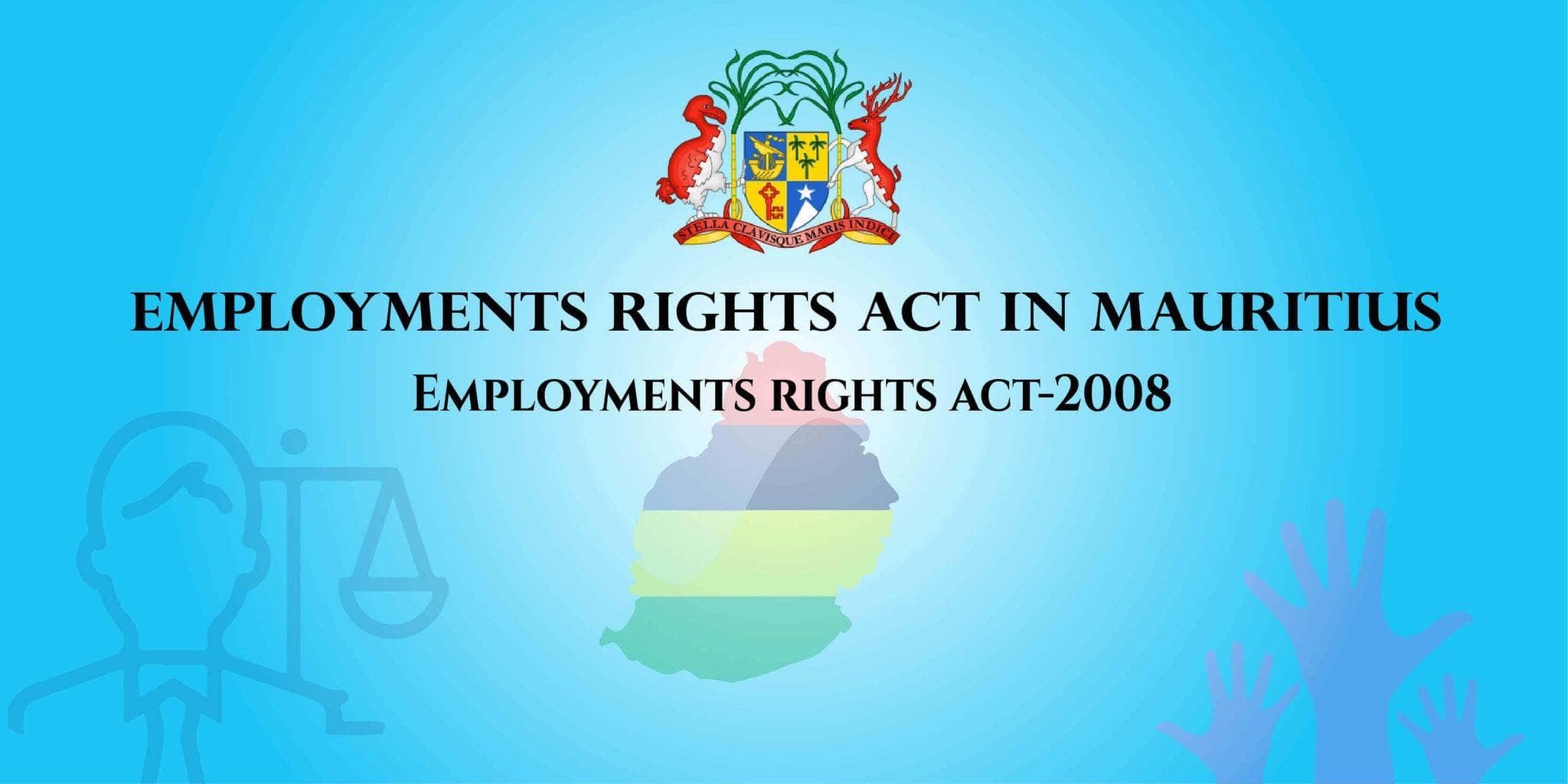 The following content is updated employment law of Mauritius in 2019.

Here there are total 51 jurisdictions.

The Employment Rights Act 2008 came into existence in 2nd February 2009. This was implemented at a crucial time in the country where the employment law was advent and the laws of the employment were taken in charge by the Labor Act 1975 which was an old law and there were also other pieces of legislations which are not functionable in respective of the old law which is known has the “feeder” piece of legislation. Over the years it felt that the changes which was made by the old law were not sufficient, it needed more moderation to modern environment in Mauritius which now can be occupied by some number of foreign workers at every level of the work stratum.

Firstly, the act has consolidated with the old law and the contract of employment. Secondly, it has endorsed concepts that are now accepted as in the most modern employment law regimes. Accordingly, there are several possible ways to negotiate a well-defined group of elements forming the essence of the contract employment. Therefore, the act is taken from the beginning which becomes a new approach to the principles which is to be applied in the employment laws of Mauritius.

The national assembly revised the act where the amendments made to enhance the role of trade unions in the employer-worker relationship is noteworthy. Further the output made in the act is maintained for the reason to be tested and still the enhanced part of trade union is always welcomed to make changes to the employment scene which is more accustomed to strain the State or Union relations.

New features in the law:

When was the employment act formed?

The employment act was formed in 2008

When did the employment act executed in the country?

Yea! It is indeed strict for the public to have fear of laws in the country.