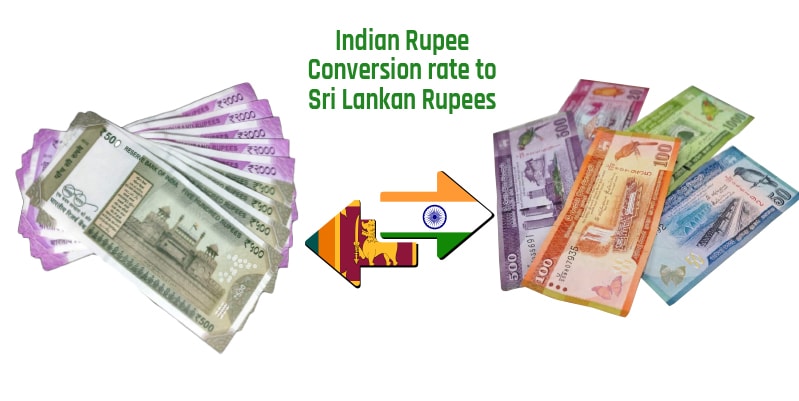 Read this article for getting knowledge about the exchange rate, trends and other factors of The Indian Rupee conversion rate to Sri Lankan Rupees.

The Sri Lankan economy has had a turbulent fiscal year for 2019. Starting off as strong in early January, the economy took a dive in April. This was caused by the terror attacks that took place on Easter Sunday. Widely regarded as a racial attack, this caused the economy to suffer greatly in the coming months, however, as of November 2019, the country’s economy has shown to be stable once again.

Thus, naturally as the economy declined, the foreign exchange rates for the rupee took a hit as well. There are several factors that influence the exchange rate of a country’s currency. However, the most common reasons are usually the following:

Countries facing an economic decline may have further issues as their currency depreciates in turn. This is because the country’s GDP also drops, deterring foreign investment and a demand for their currency.

Political events and performance in general play a huge role in currency value, this is because it directly influences a foreign investors view of the country. Thus, political instability has been seen to cause mass currency depreciations.

A country’s government debt also influences a foreign investor’s decision to invest capital into a country. As such, countries with a large national debt may face downward spikes in the value of their currency.

As of now, the conversion rate of Indian Rupees to Sri Lankan Rupees are the following:

In terms of currency exchange rate, India and Sri Lanka have had a fairly stable rate of conversion, in fact, when looking at an analysis of currency conversion trends over the past 6 months, the rate has very low impact fluctuations.

As shown from the above analysis, the currency exchange rates have been stable for the past six months. Having a high during the month July, it hit a low in August of 2019. Moreover, further analysis of the past decade also show that this consistency has not been maintained. (This will be shown in a descending order starting from 2019). This can be seen by the Sri Lankan Rupee slowly depreciating against the Indian Rupee as the years pass, however, for a period of three years from 2014 to 2016, the Indian Rupee was at an all-time low against the Sri Lankan Rupee. Well, now you need to know about starting a new business in Sri Lanka.

If you are looking to exchange your Indian rupees into Sri Lankan rupees, you may proceed to either a local bank or a privately-owned money changer. Below are some of the country’s recommended money changers: